Man behind manual for violent rebellion, used in a number of high-profile killings, had long repented publishing and turned to charitable work 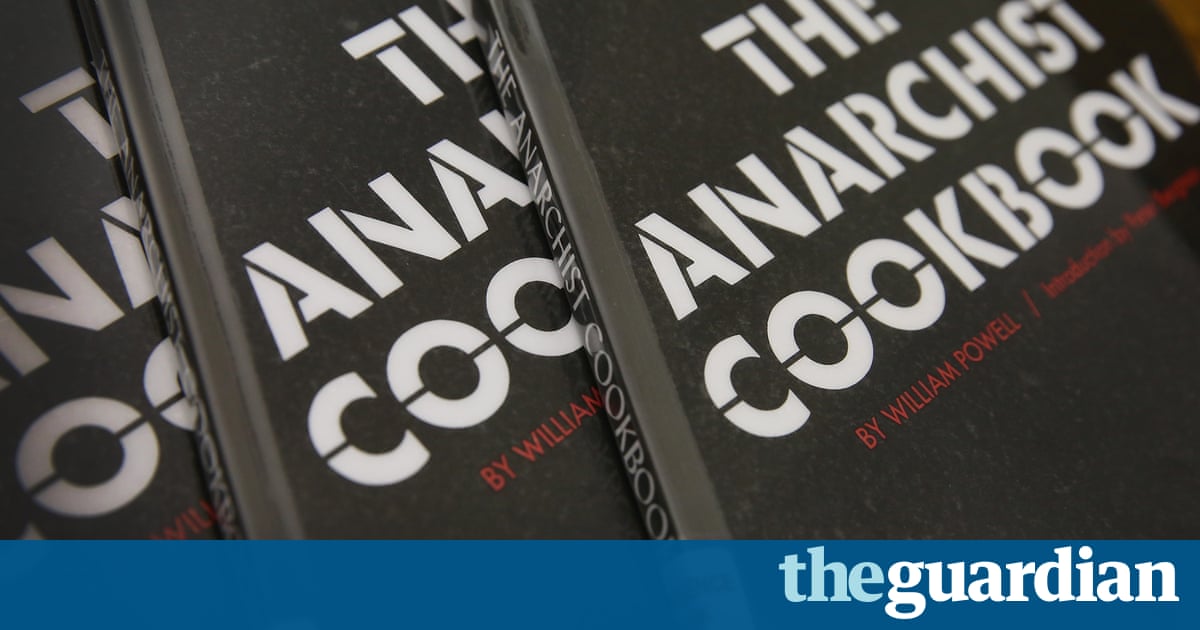 The author of one of the most notorious books of the last century died of a heart attack six months ago. William Powells The Anarchist Cookbook was used by Oklahoma bomber Timothy McVeigh in 1995 and the Columbine high school killers in 1999. His death has become public after it was noted in the closing credits of a new documentary about his life.

The writer suffered a fatal heart attack while on holiday with his family in Nova Scotia on 11 July, at the age of 66. Though news of his death was announced to the Facebook group for his charity, the family did not contact the media. News filtered out at the US theatrical release of documentary American Anarchist, which mentions his death as the film closes.

A manual filled with diagrams and recipes about how to make weapons from bombs to homemade guns and even how to convert a shotgun into a rocket launcher, The Anarchist Cookbook was inspired by Powells rage at the presidency of Richard Nixon and the Vietnam war.

As an angry teenager in 1969, he used the New York Public Library to research and the book included instructions for illegal practices including breaking into telephone networks and making LSD. The book went on to sell more than 2m copies.

Though publication was suppressed in some countries, the book is available online and has been associated with a number of terrorist attacks and school shootings, the last being in 2013 when shooter Karl Pierson killed a classmate and then himself in a high school in Denver, Colorado. Friends later said he had been sharing the book with others for years.

Following the attack, Powell called for the book to be taken out of circulation. Writing in the Guardian, he revealed that he no longer held the copyright for the book and had been wrangling with its publisher to take it out of print. Over the years, I have come to understand that the basic premise behind the Cookbook is profoundly flawed, he wrote. Describing the anger that he felt at the time of writing as blinding him to the illogical notion that violence can be used to prevent violence, he added: I had fallen for the same irrational pattern of thought that led to US military involvement in both Vietnam and Iraq. The irony is not lost on me.

His comments were in stark contrast with those in 1971, when he wrote: I detest symbolic protest, as it is an outcry of weak, middle-of-the-road, liberal eunuchs. If an individual feels strongly enough about something to do something about it, then he shouldnt prostitute himself by doing something symbolic. He should get out and do something real.

In 1976, Powell converted to Christianity and began his fight to have the book removed from circulation, but the copyright was in the name of the publisher Lyle Stuart. The latest version of the book, from Snowball Publishing, is reported to have been heavily edited.

As an adult, Powell turned to teaching in Africa and Asia, working with schools around the world to support children with learning challenges. In 2010, he and his wife founded the Next Frontier: Inclusion, a nonprofit organisation aimed at helping children with special educational needs including dyslexia, ADHD and autism.

Of the books involvement with school killings, he said: I do not know the influence the book may have had on the thinking of the perpetrators of these attacks, but I cannot imagine that it was positive. The continued publication of the Cookbook serves no purpose other than a commercial one for the publisher. It should quickly and quietly go out of print.