Amazing Grace: the story behind the electrifying Aretha Franklin movie 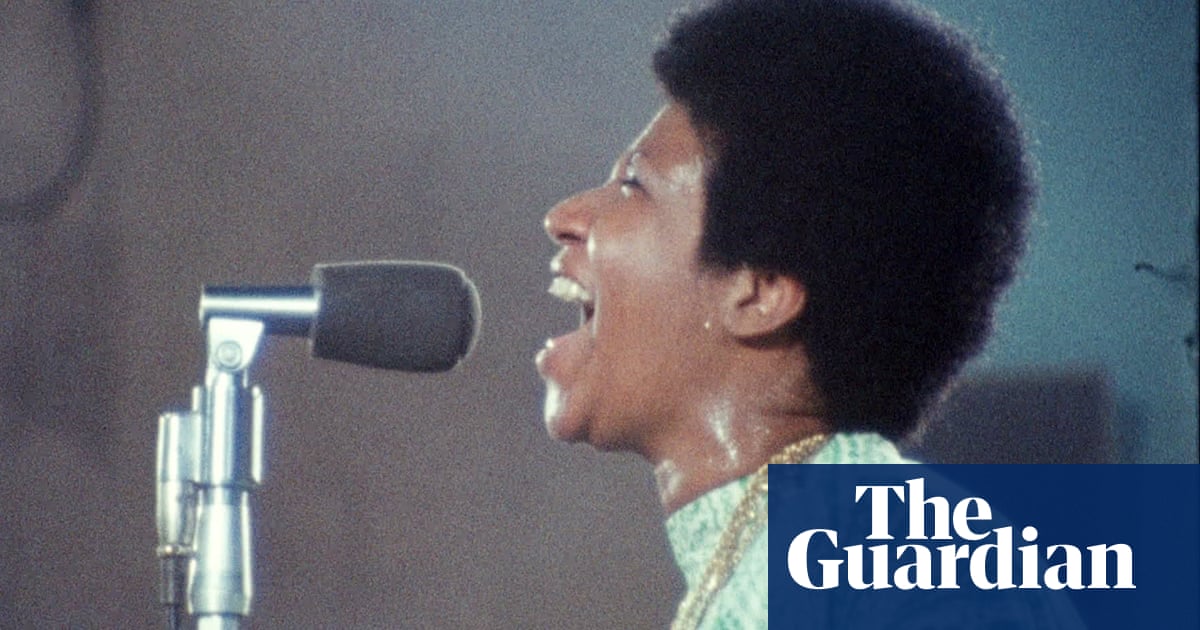 In Aretha Franklins revelatory concert film Amazing Grace, she barely speaks a word. Aside from one muffled request for water and a hushed discussion with her musical director, theres not a peep out of her. Instead, she focuses her concentration wholly on the spirit of the gospel music she came to perform during the films historic two-day shoot, which took place in January 1972 at the New Temple Baptist Mission church in Los Angeles. She came for a church service, the late singers niece Sabrina Owens, who controls the estate, said to the Guardian. The way she conducted herself was totally different than what you would see at one of her pop concerts. Her eyes were closed. Her head was thrown back. She was focused entirely on something higher.

To witness the whiplash contrast between that self-effacement, and the star power of her vocal performance, is just one element which greatly distinguishes watching the Amazing Grace film from listening to the album of the same name, which came out late in 1972. That double-set became Franklins biggest-selling album, as well as the top-grossing gospel collection of all time. Meanwhile, the film lay uncompleted in the vaults for another 38 years, hobbled by gobsmacking mistakes, poor planning and, eventually, by Franklins health issues. After a complex, fraught and dragged-out series of events, the movie was finally completed by the producer Alan Elliott last fall, allowing for fleeting runs in two US cities in December. Amazing Grace has just started a broader release, followed by a full, international roll-out on 19 April.

While Elliott finished the film, he had no connection to the original shoot (he was seven at the time). His initial connection came in the early 90s, when he was a staff producer for Atlantic Records. Jerry Wexler, who had co-produced many of Franklins greatest hits for the label, mentioned the languishing footage to Elliott, who had long been a fan of the Amazing Grace album. The two had brief talks at the time with the man who directed the film back in 1972, Sydney Pollack. However, a full decade and a half passed before Elliott began to nudge Wexler again about the film, leading to a reconnection with Pollack. By that time, the director was gravely ill with cancer, a disease that would take his life the next year, in 2008. According to Elliott, Pollack told him at the time: You know this movie better than I do. You finish it.

Soon, he discovered what a daunting task that would be. The reason the film hadnt been completed was because Pollack neglected to take the most rudimentary step in synchronizing the sound of the music to the images in the film. All that would have been required to accomplish that was to employ a most common filmic device: a clapperboard, which snaps open at the start of a piece of film and shuts at the end of it, thus marking the visual segment to be connected to its sonic corollary. In this case, the camera guys kept turning their cameras off and on, and off and on, Elliott said. So, there were, like, 15 or 20 different start points on a given piece of film. Its just unfathomable.

The result left about 2,000 pieces of film bits without sync points. Such a colossal screw-up might never have happened had the film studio hired the original guy they would considered to helm the project James Signorelli, who served as cinematographer on Super Fly, a film which achieved the tricky feat of matching its dialogue to live music created by Curtis Mayfield. But because Pollacks previous movie, They Shoot Horses Dont They, earned him an Oscar nomination for best director, the studio went with the bigger name. According to Elliott, Pollack did no pre-production work for Amazing Grace, and, afterwards, didnt even write down the names of the songs.

While the clapperboard oversight may have scotched the original release, Elliott feels it created a secondary gain. All of those cameras moving in and out, and turning on and off, gave this energy to the footage, and it also allowed them to take these beautiful pictures, he said.

The tedious work of finding the connecting points between the films image and sound fell to a special technical team in 2008. They spent three weeks to get all 13 or 14 hours of film synced, said Elliott.

Even so, another 10 years would pass before lingering legal issues involving the singer and the movie would be worked out. For a long time, no one could locate a signed contract from Franklin to approve the films release. Once they finally did, in 2013, she challenged it, preventing planned screenings at several film festivals at that time. Franklins niece says she doesnt know why the singer held things up. She never talked about the film, Owen said, adding that she does know that her aunt cherished the original performance.

In the past, Elliott has said that Franklin asked for $5m to grant final approval of the film, but he now believes the main issue that affected things at the end was her worsening health. This was a slow, slow death that she had to go through, he said. If she had to do a tour, or do press around this movie, I understand her decision. If she had been healthy, I believe the movie would have come out.

Owens said she had no second thoughts about approving the films release several months after her aunts death. Everybody in the family had the same feeling, she said. Theres nothing offensive in the film. If she was that opposed, she would have let somebody know. That didnt happen.

There Was A Mini ‘Clueless’ Reunion, And We Have Questions Betches

Trump Pushes Team to Stick Up for Brave Paul Manafort