Advocate for disabled workers is 2017 CNN Hero of the Year 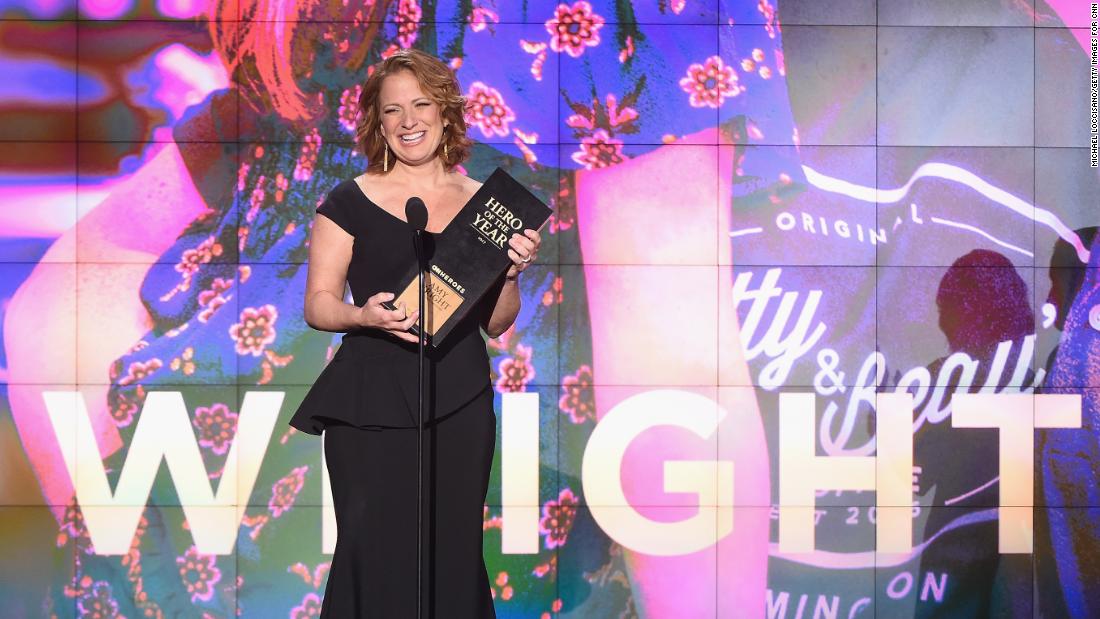 Most parents don’t have to declare their children’s fundamental value, but after two of 2017 CNN Hero of the Year Amy Wright’s kids were born with Down syndrome, it was clear that she would have to back them up every step of the way.
“When you become a parent of a child with special needs, you are instantly thrust into becoming an advocate,” Wright explained. “Trying to make people see the beauty in their lives that we see.”
Wright’s advocacy took the form of a coffee shop. She opened Bitty & Beau’s Coffee in January 2016, named for her two children.
On Sunday, it was clear that Wright, Bitty, Beau and the 40 disabled employees at the Wilmington, North Carolina, shop have an army of supporters.
Wright was named the 2017 CNN Hero of the Year for her efforts to advocate for disabled people. The award is determined by online voters who selected Wright from among the top 10 CNN Heroes finalists.
Wright will receive $100,000 to grow her cause. All of the top 10 CNN Heroes for 2017 will receive a $10,000 cash award. Donations made to each of their designated nonprofit organizations are also being matched up to $50,000. 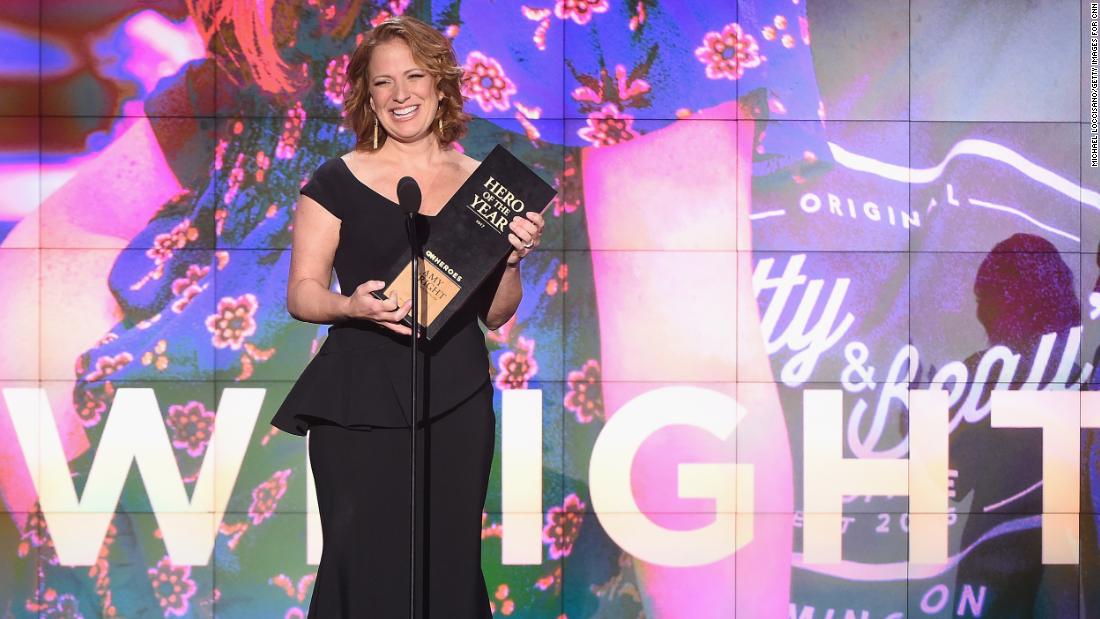 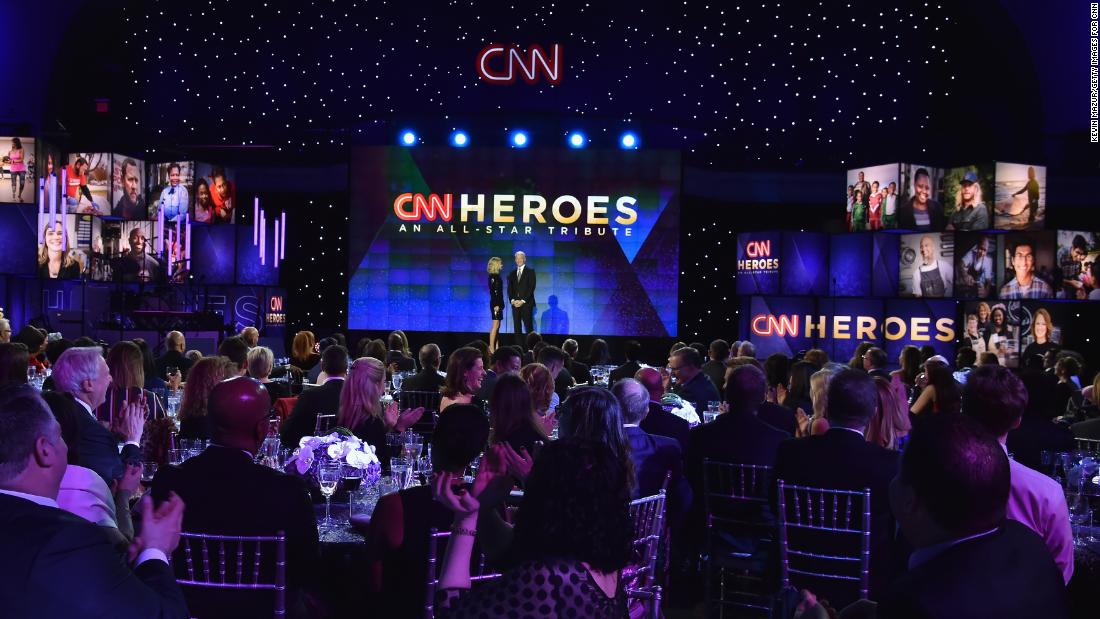 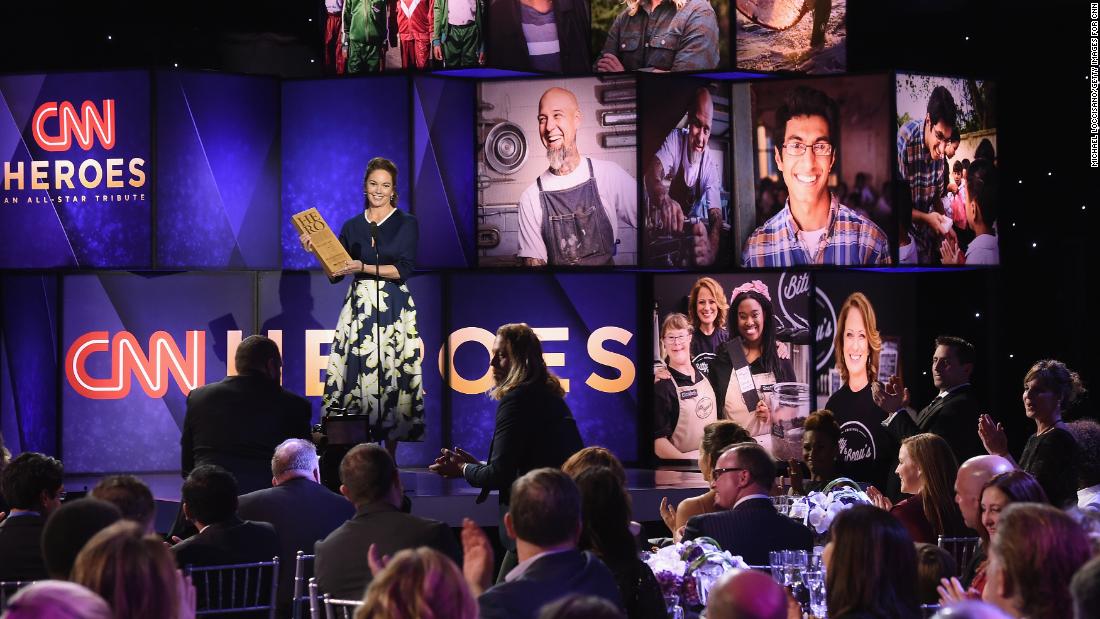 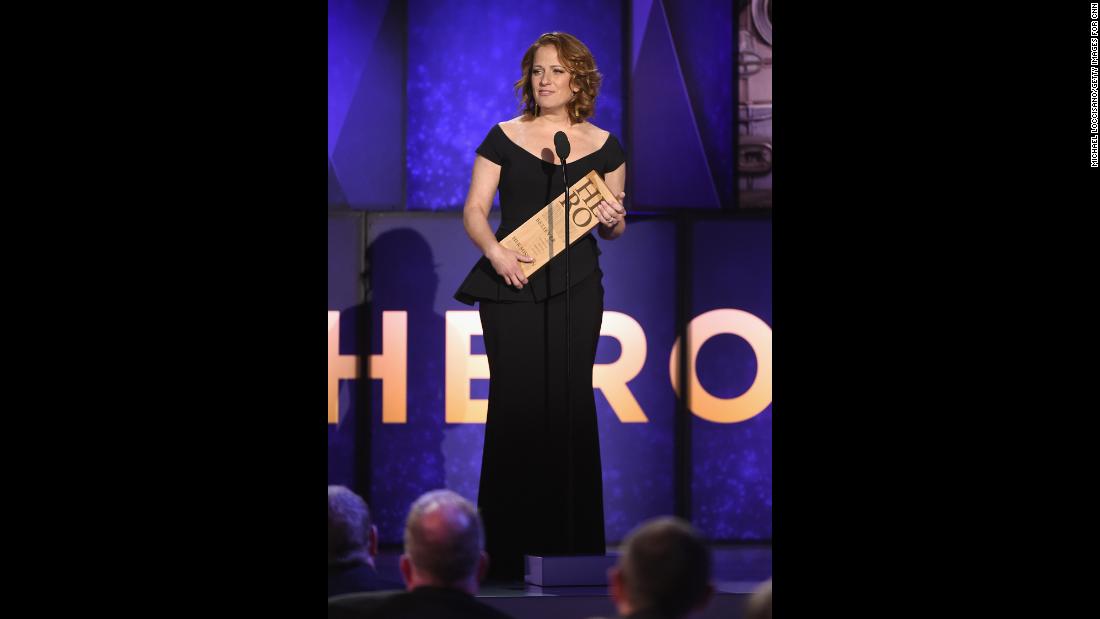 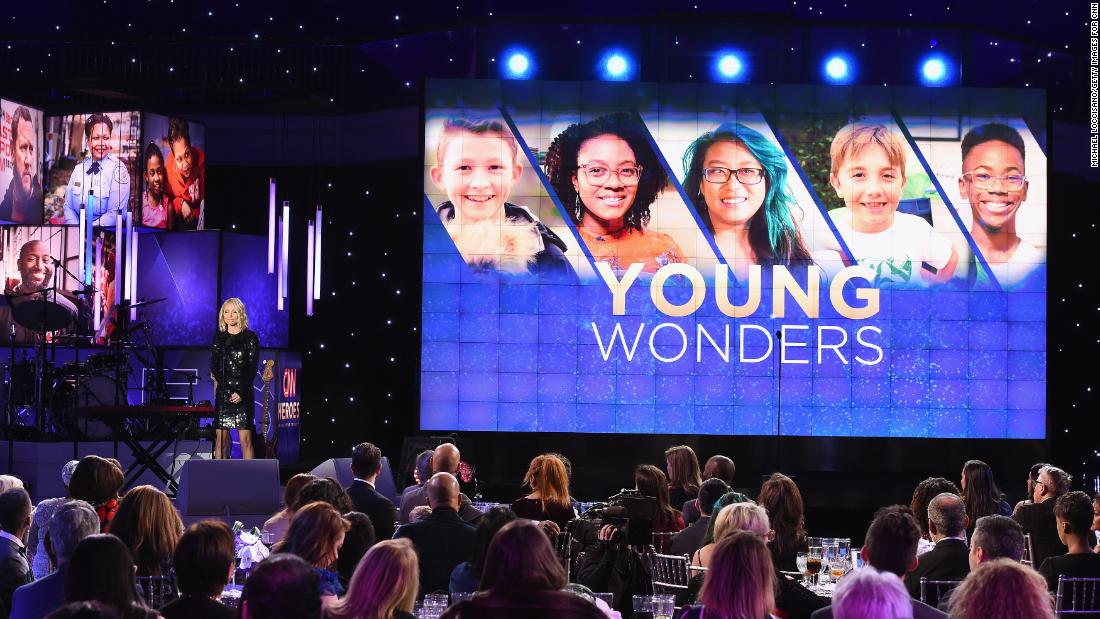 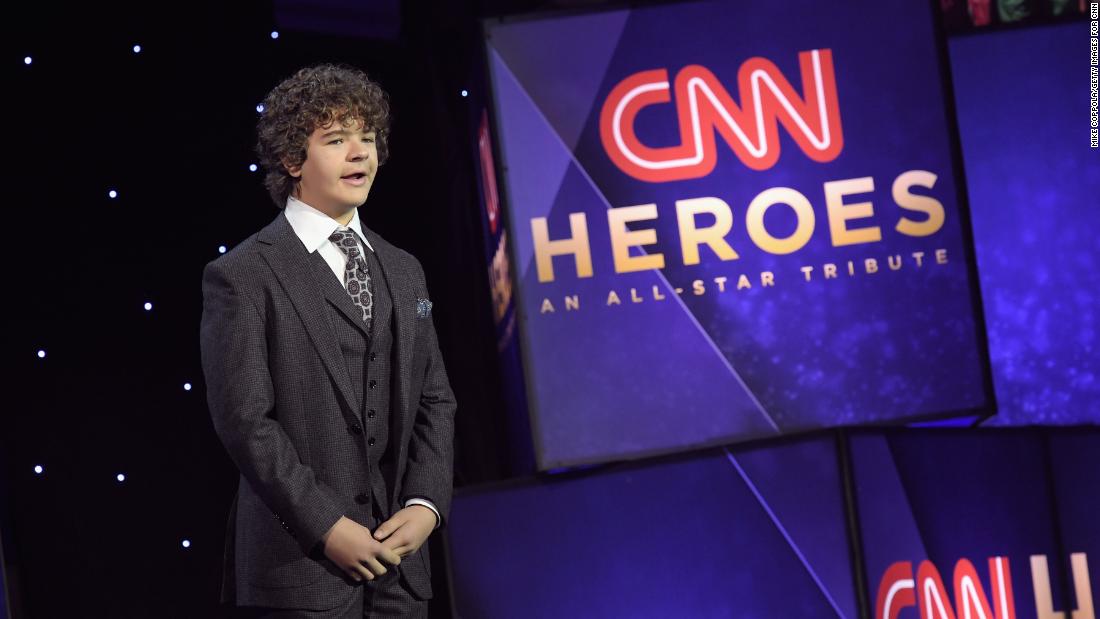 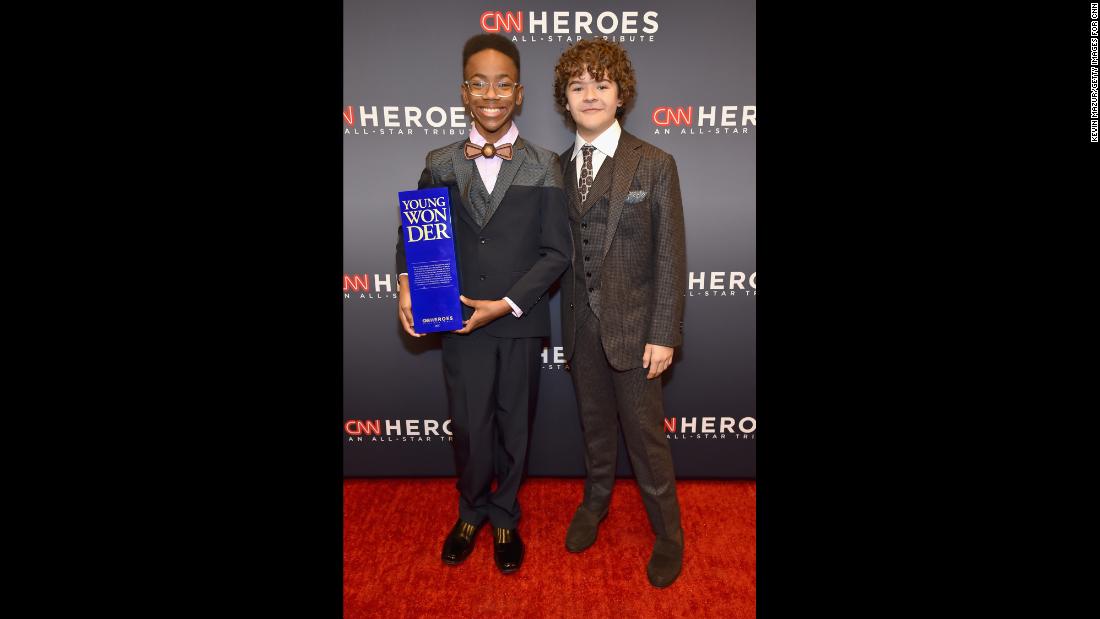 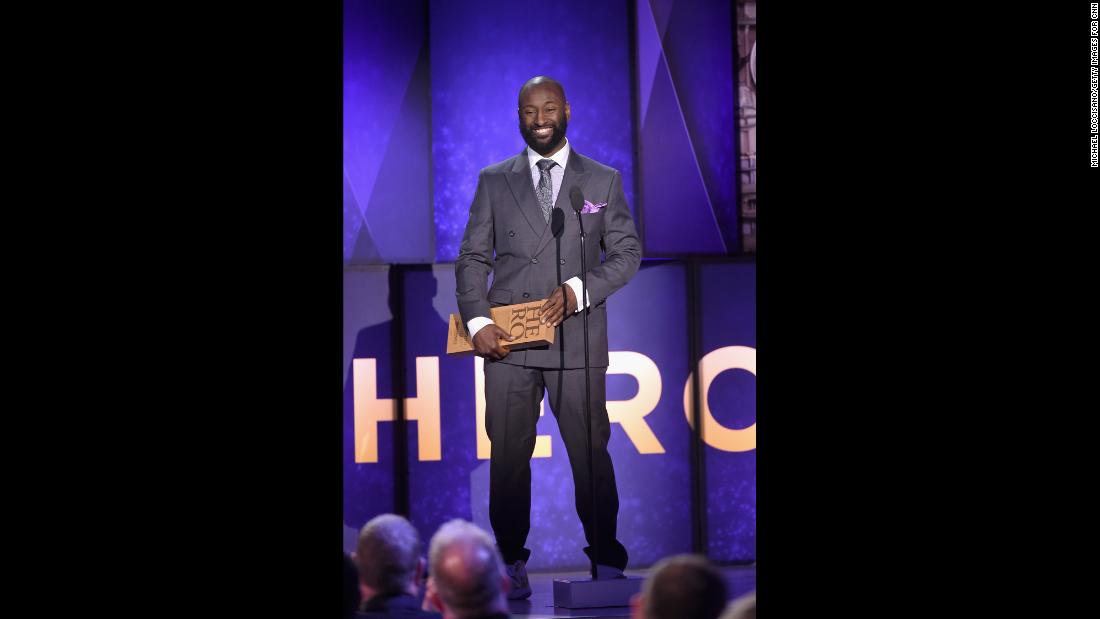 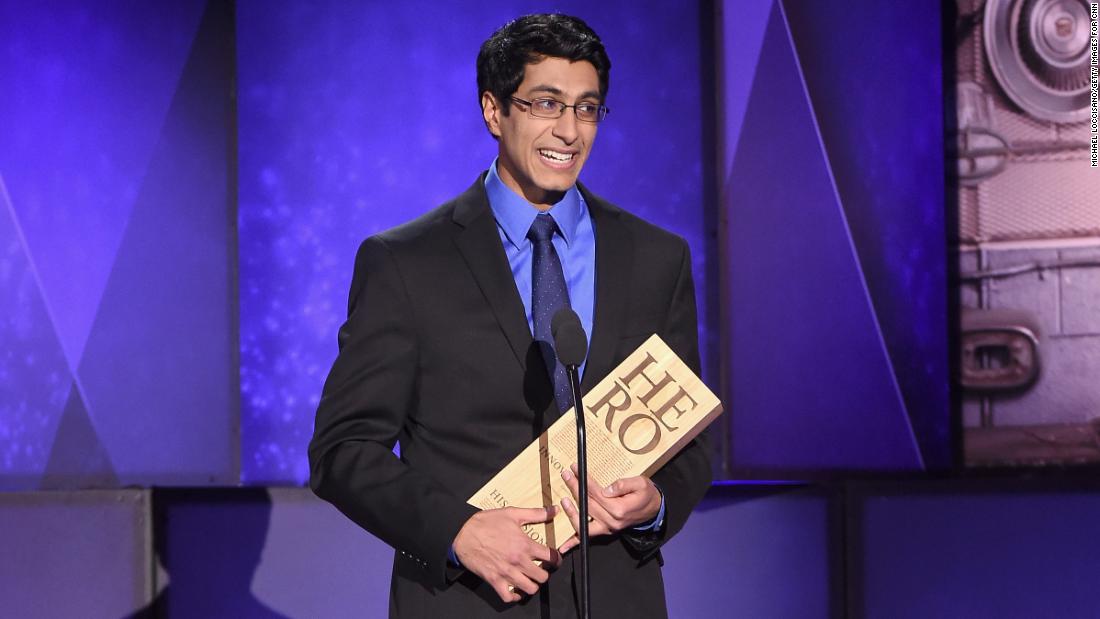 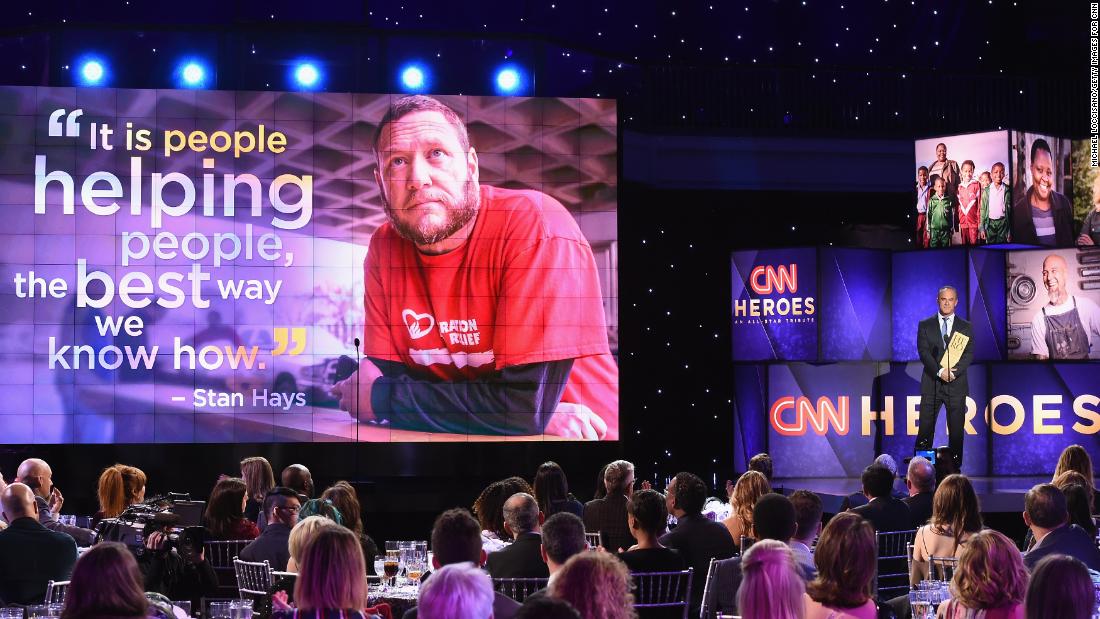 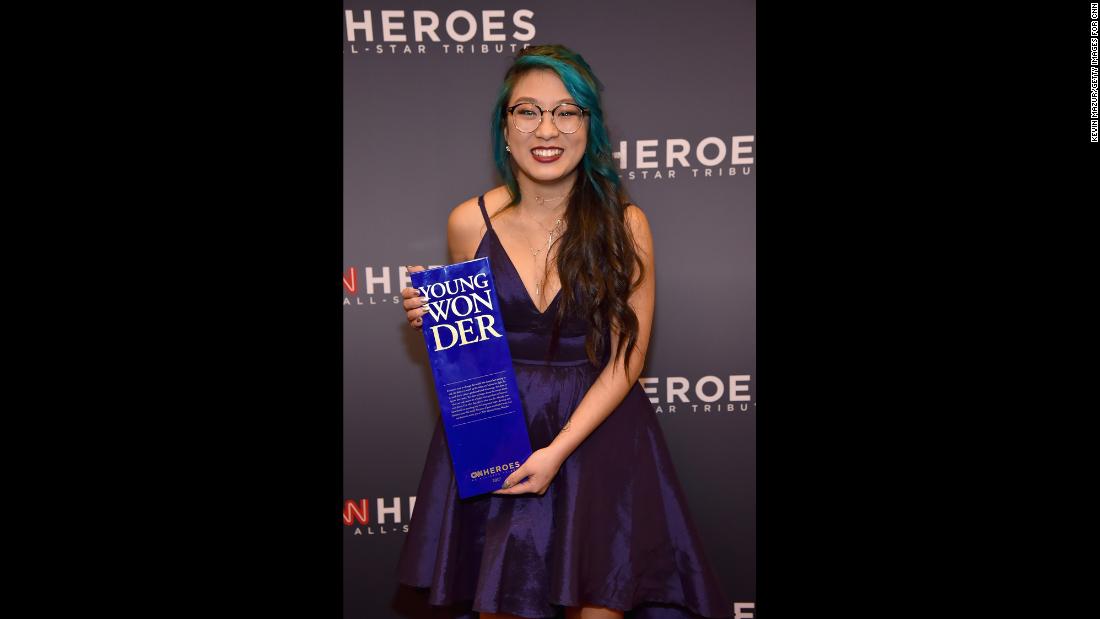 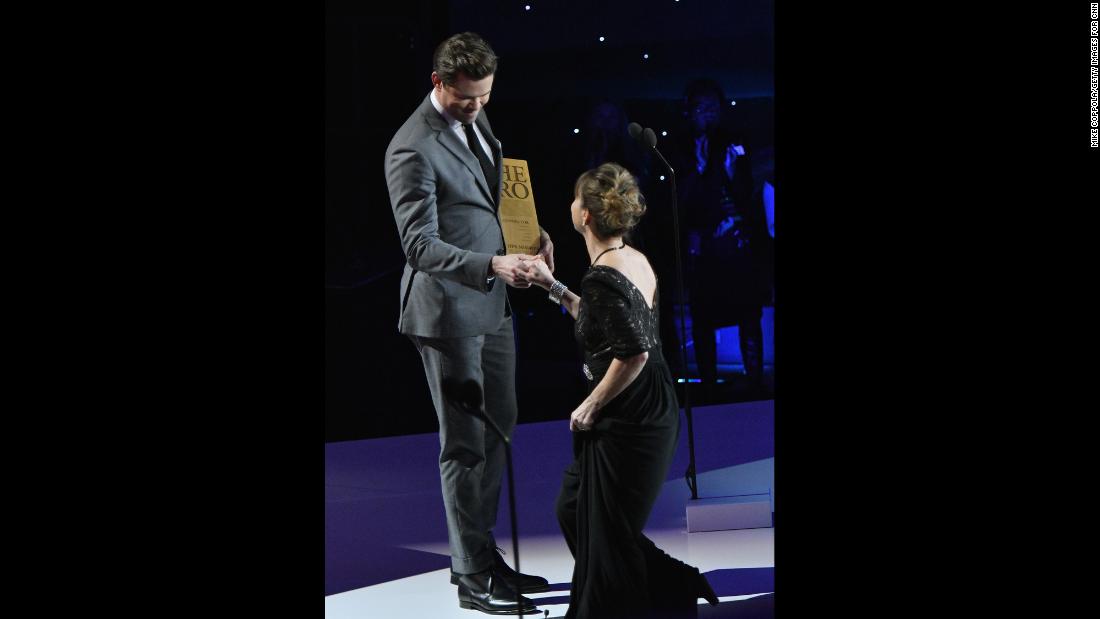 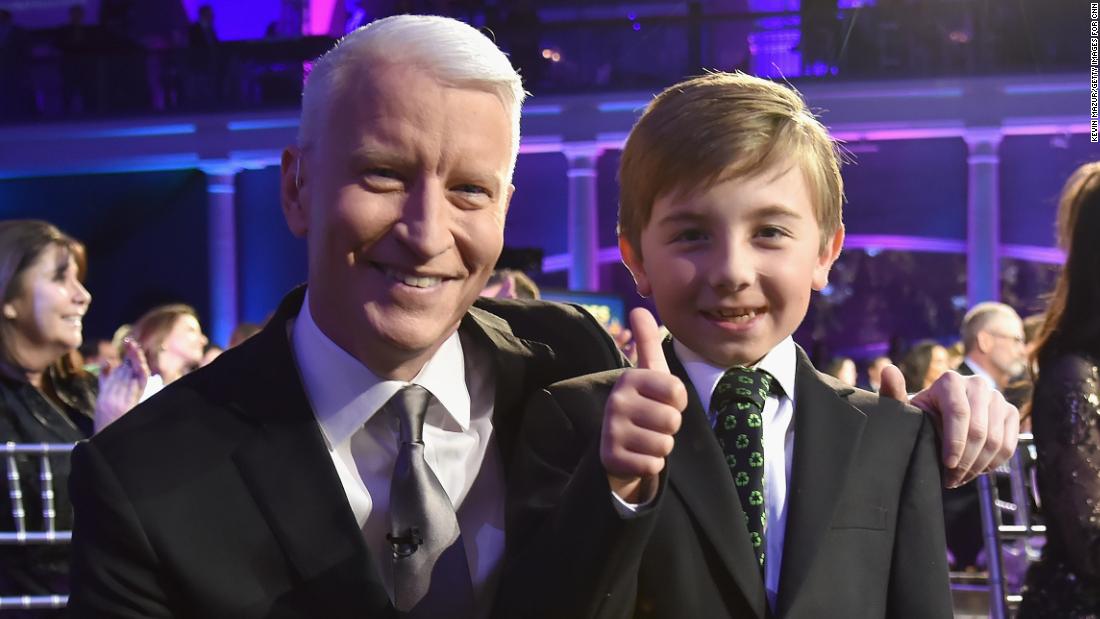 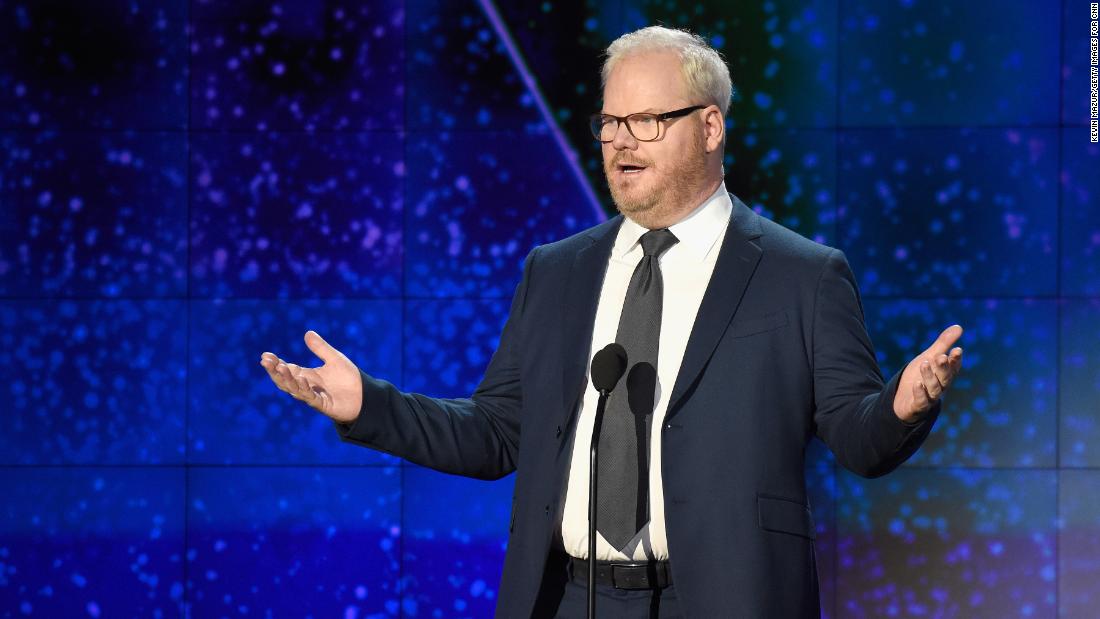 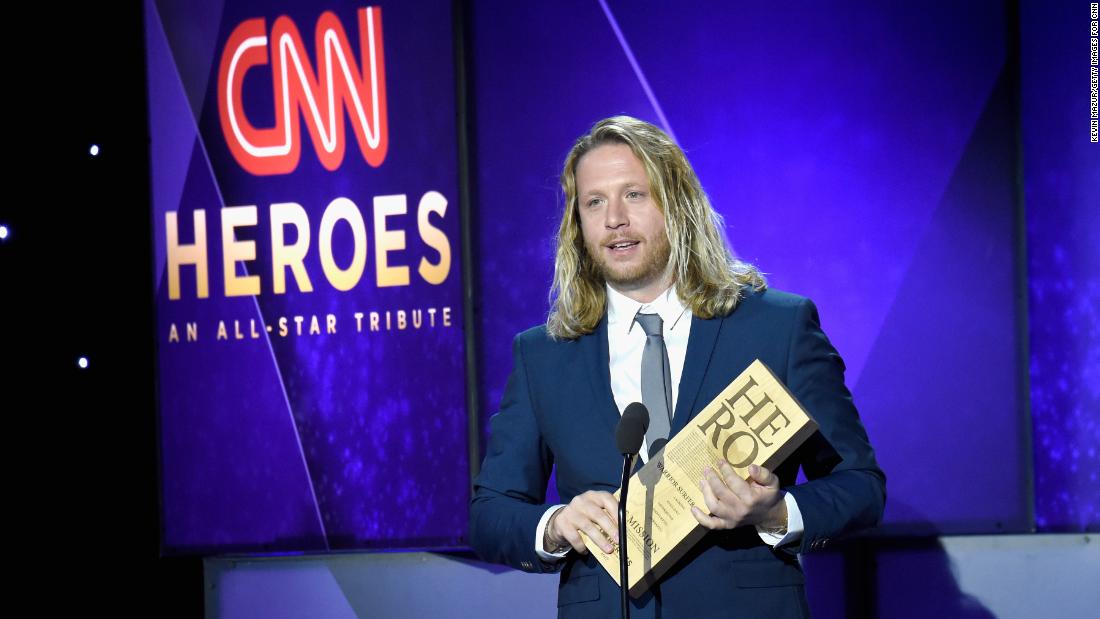 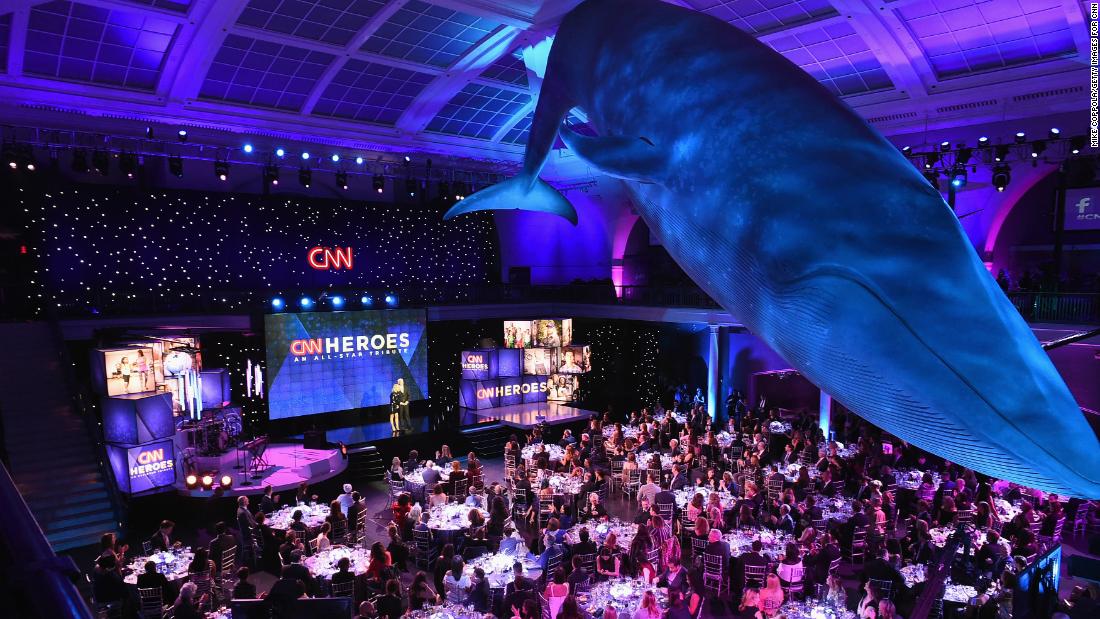 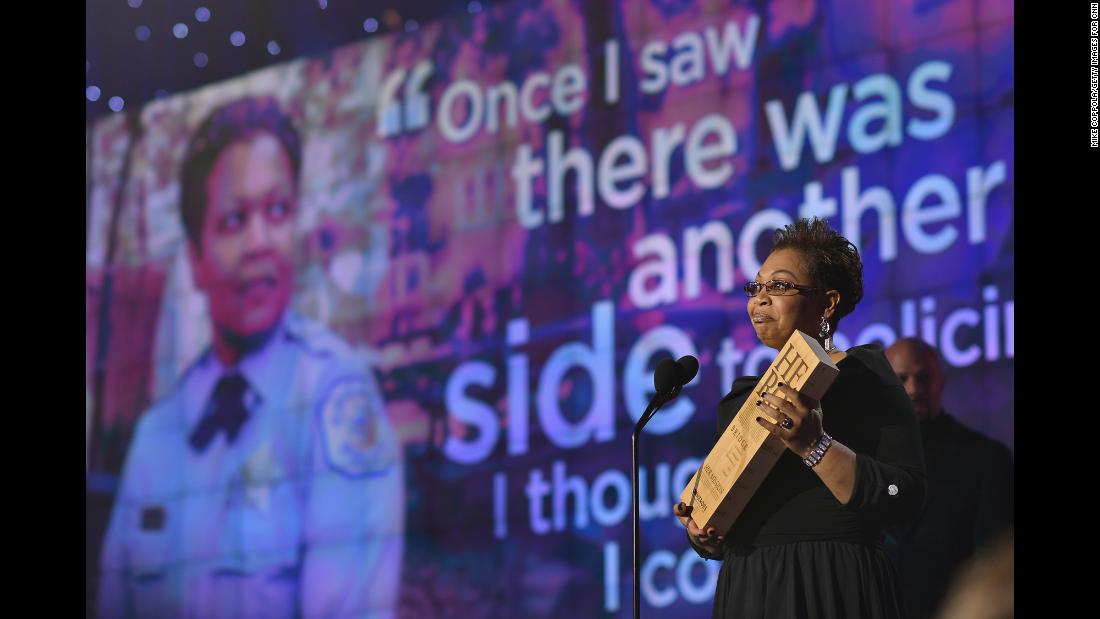 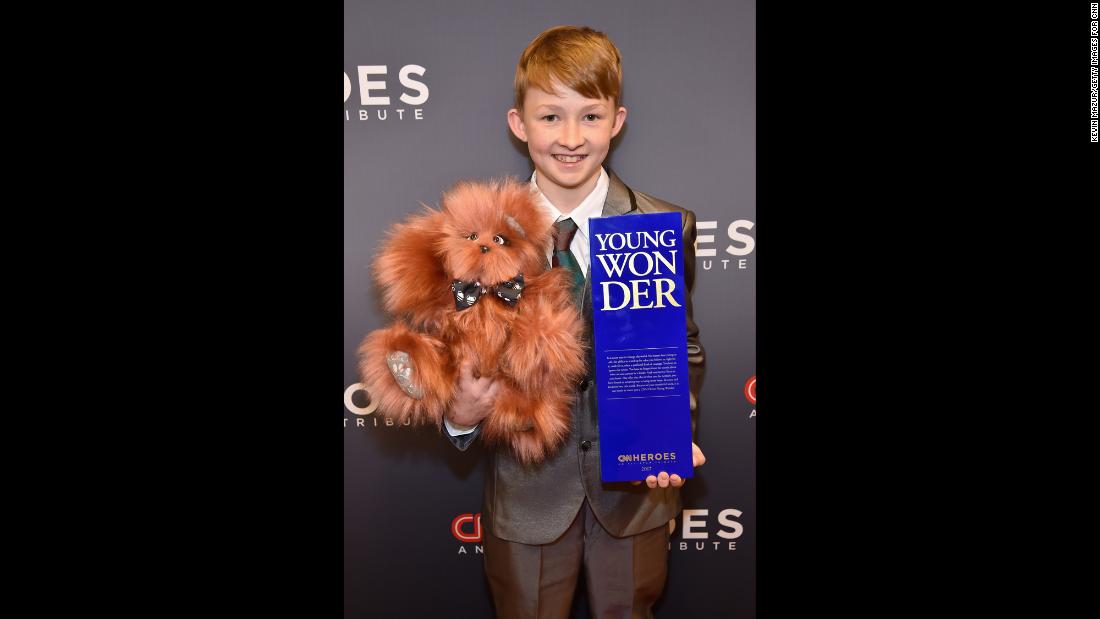 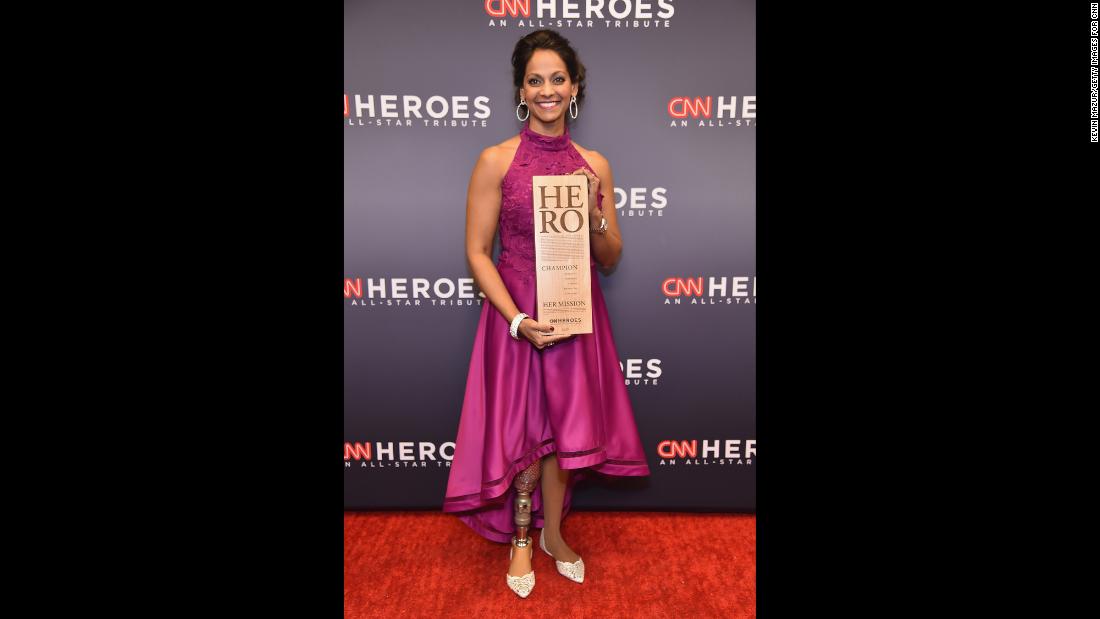 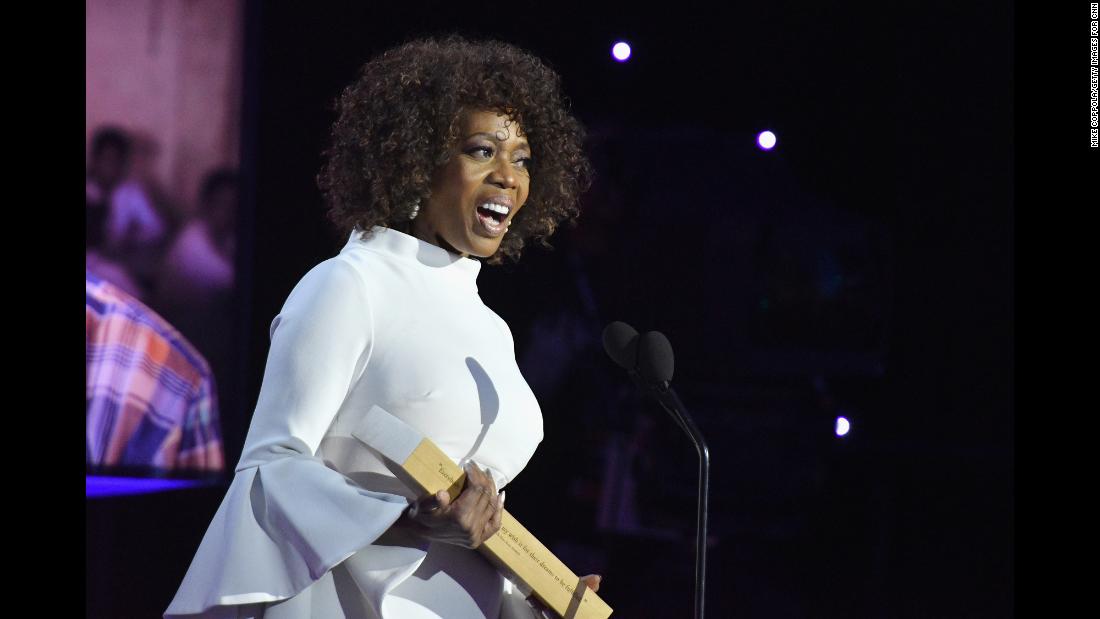 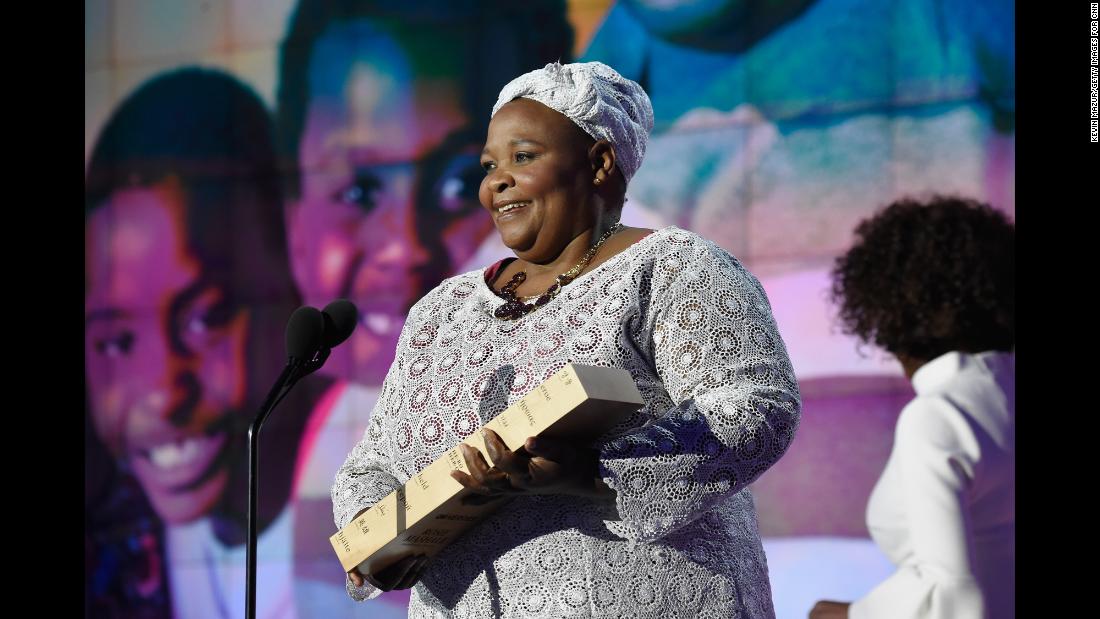 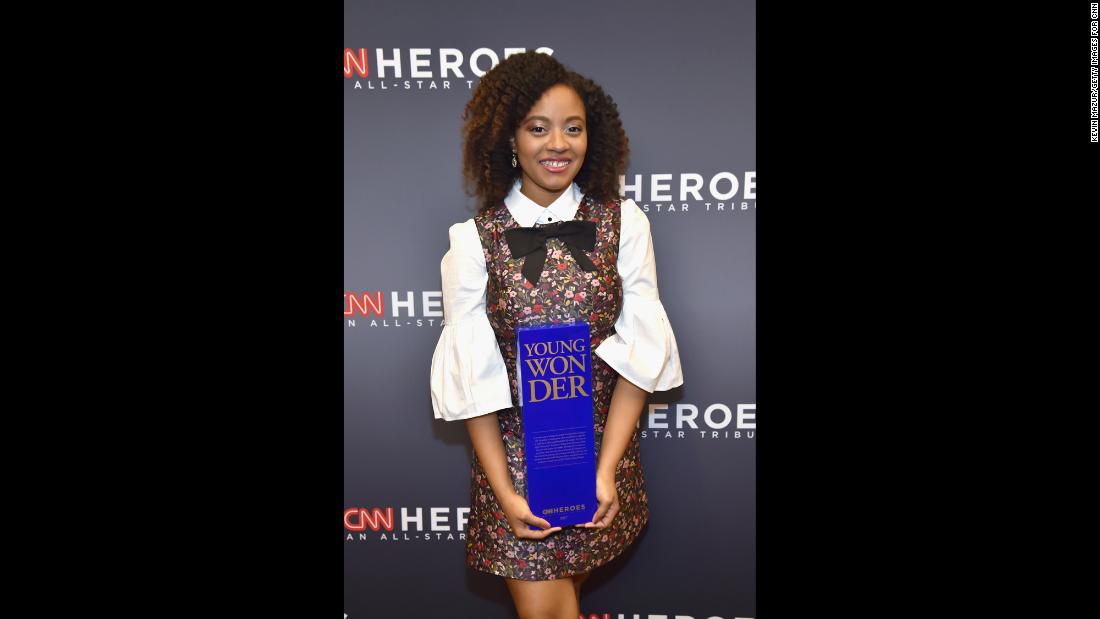 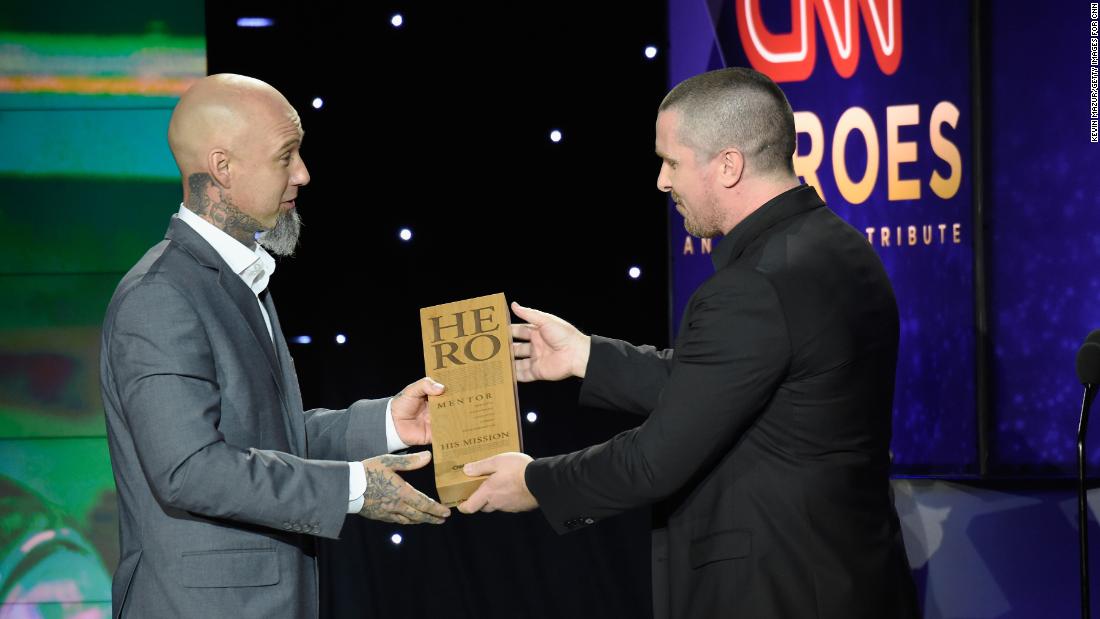 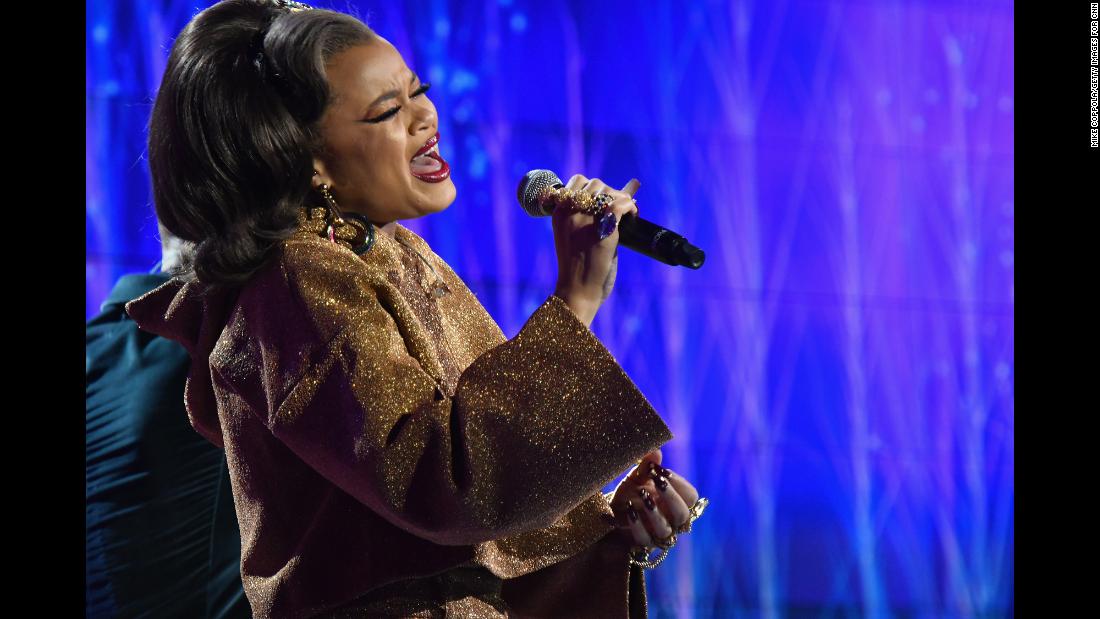 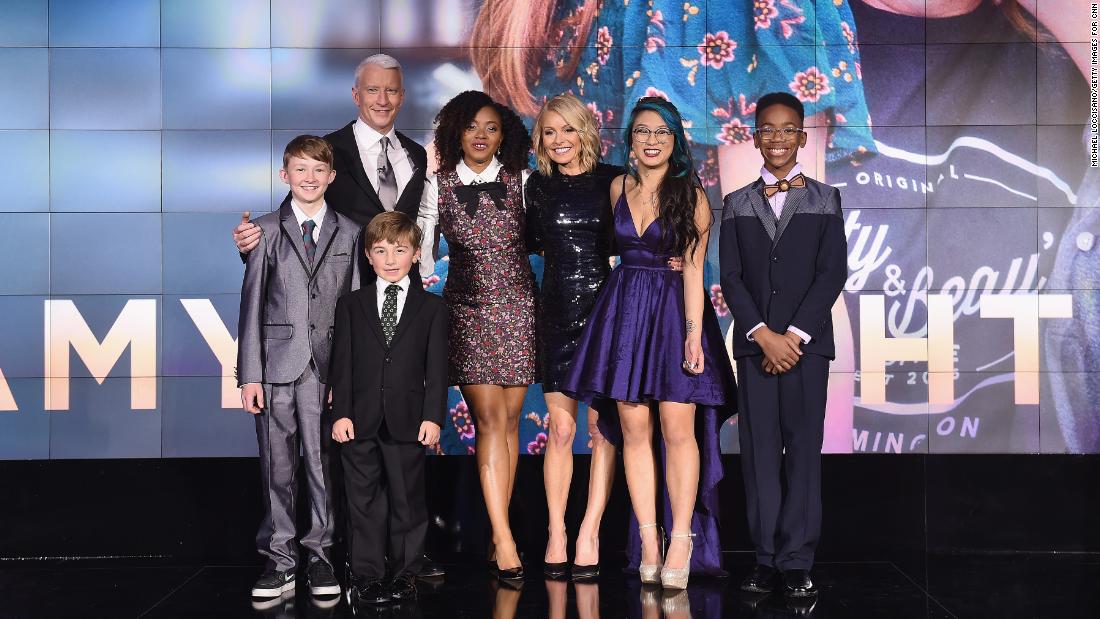 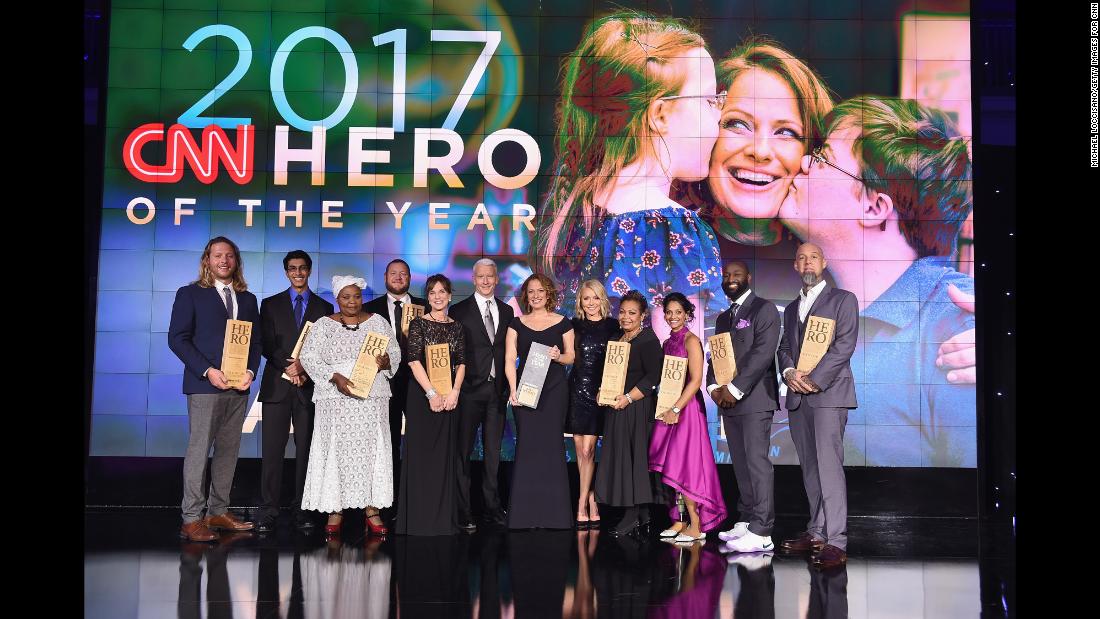 “It hit me like a lightning bolt: a coffee shop!” Wright said. “I realized it would be the perfect environment for bringing people together. Seeing the staff taking orders, serving coffee — they’d realize how capable they are.”
Wright was presented with her top 10 CNN Hero award by actress Diane Lane, who said: “She opened a business where people like her son and daughter could work and shine.”
Sunday’s CNN Heroes tribute show was a night of shining stars, salutes and tears — and a few laughs, too.
Hosts Kelly Ripa and Anderson Cooper kicked things off live from New York’s American Museum of Natural History with a unique rendition of “Wind Beneath My Wings,” complete with jazz hands by Kelly.
Presenters Christian Bale, Diane Lane, Alfre Woodard, Christopher Meloni, Gaten Matarazzo and others added star power to the night.
Singer Andra Day and rapper-actor Common serenaded the crowd with their hit “Stand Up for Something” to wrap up the inspirational evening.
“This is emotionally taxing,” joked comedian Jim Gaffigan.

Heading to New York City to be honored among the other top 10 CNN Heroes was a special moment for Wright.
“I’m so emotional, just reflecting on this journey,” she said during Saturday’s rehearsal. “I would’ve never imagined 13 years ago, when my son Beau was born, that I would be doing what I’m doing today. I’m just overwhelmed with emotion thinking about where we’ve been and where we hope to go.”
Wright told CNN her goal with the shop is to improve the lives of employees and change the viewpoints of customers.
“Bitty & Beau’s Coffee is a new lens, one that changes the way people see other people. It’s about human value. It’s about acceptance. It’s about inclusion. It’s about much more than a cup of coffee.”
It’s working.
“Bitty & Beau’s has helped me a lot with my confidence,” said employee Matt Dean.
“My employees are not broken; 200 million people across the world living with an intellectual or developmental disability are not broken,” Wright said Sunday night, when accepting her top 10 CNN Hero award. “What is broken is the lens through which we view people with disabilities.”
All of the top 10 CNN Heroes are impacting their communities in immeasurable ways:
Also honored at Sunday’s event were the 2017 CNN Heroes Young Wonders, kids and teens who got an early start with their passion for giving. This group is determined to promote literacy, environmentalism, coding skills, nutrition and compassion.
Donations made to the designated nonprofit organization of each Top 10 CNN Hero, via CNNHeroes.com and crowdrise.com/cnnheroes, will be matched up to $50,000 per CNN Hero through January 7, 2018.
Now in its 11th year, the Peabody Award and Emmy-winning “CNN Heroes: An All-Star Tribute” has profiled more than 300 heroes and has received upward of 85,000 nominations from more than 100 countries.
To learn more, like CNN Heroes on Facebook, follow @CNNHeroes on Twitter and use hashtag #CNNHeroes. Behind-the-scenes images can be seen on the CNN Heroes Instagram account.
Donate to any of the top 10 CNN Heroes of 2017 by clicking the button below.
Top 10 CNN Heroes on CrowdRise

These stunning portraits of black girls rocking their natural hair are a must-see.

Kayla Moore On Anti-Semitism Claims: ‘One Of Our Attorneys Is A Jew’