America went and did it: We put a troll in charge of the country. And surprise! Things are not working out well. But to be fair, this isn’t the first time. See, four score and however many more you need to add to make it 156 years ago, there was another smack-talking, shit-stirring prankster jackass leading the country. That man was Abraham Lincoln. He was America’s first, and greatest, President Troll.

Lincoln Opened The Emancipation Proclamation With A Comedy Routine

The Emancipation Proclamation is one of Lincoln’s greatest accomplishments, second only to actually pulling off a stovepipe hat. The executive order is best-known for freeing countless enslaved human beings, so that’s neat, but the whole thing was rather unprecedented from start to finish. Lincoln drafted the order himself, and then presented it to his Cabinet as something he had already decided to do. That’s the 19th-century equivalent of announcing major military policy changes over Twitter. Aware of the bomb he was about to drop, Lincoln kicked it all off with an opening monologue. A … comedic opening monologue.

To the Emancipation Proclamation.

Lincoln called his Cabinet together for a monumental, history-changing meeting, but first he made them sit through a comedy routine. It was a story titled “A High-Handed Outrage in Utica,” by Artemus Ward, a popular 19th-century humorist. An excerpt:

“What under the son are you abowt?” cried I.

Sez he, “What did you bring this pussylanermus cuss here fur?” & he hit the wax figger another tremenjus blow on the hed.

Sez I, “You egrejus ass that air’s a wax figger-a representashun of the false ‘Postle.” 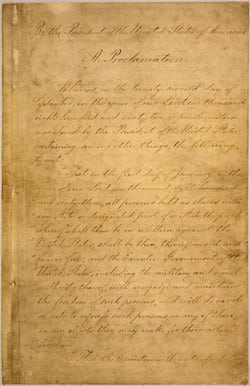 Abraham Lincoln This led to the famous Union slogan “Grab ’em by the pussylanermus cuss.”

The punchline doesn’t really translate a century and a half later. Especially since it didn’t scan all that great at the time, either. Having presumably elicited a polite chuckle from his audience, Lincoln asked, “Gentlemen, why don’t you laugh? Without the fearful strain that is upon me night and day, if I did not laugh I should die, and you need this medicine as much as I do.”

Then the Emancipation Proclamation. This must have been especially awkward for the guys who mentally checked out halfway through the story and continued to chuckle politely. You know there were at least three.

Lincoln brought a dignity to the office of the presidency that has been difficult for his successors to live up to. More impressively, he did this while telling shit jokes about George Washington to anyone who would listen. See, Lincoln loved to tell long anecdotes with ridiculous punchlines. 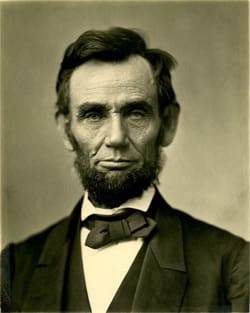 Alexander Gardner Kind of like an enormous ancient Norm MacDonald who was in charge of everything.

6 Famous TV Finales Everybody Gets Wrong

Lincoln’s absolute favorite was an apocryphal tale about Revolutionary War hero Ethan Allen, who visited England a few years after the war. The story goes that Allen’s English hosts tried to provoke a reaction by continually insulting George Washington, but Allen wouldn’t crack. Finally, the cagey Brits thought they’d really get Allen’s goat by showing him their portrait of Washington up in the outhouse, so that Allen would have to look his president in the eye while crapping into a hole. So the British were all standing outside this outhouse, waiting to laugh in Allen’s traitorous face, when he stepped out, all unperturbed. They were like, “Hey, what’d you think of that picture of George Washington we hung up in the crap-closet?” Allen said he thought it was a very appropriate place, for “nothing will make an Englishman shit so quick as the sight of General Washington.”

That joke that would get Lincoln kicked off C-SPAN today, but it was a mainstay of his act on the campaign trail, and it was even recreated in that Steven Spielberg movie. To be fair, it is a pretty solid gag.

He Convinced Children To Cause A House Fire For Kicks

Lincoln wasn’t just a hilarious president. He also did stints as a hilarious wrestler, a hilarious gangly teen, and even a hilarious lawyer, though thankfully not all at the same time. Lawyer Lincoln, not to be confused with The Lincoln Lawyer, spent a lot of time traveling, because politics used to have a lot in come with rock ‘n’ roll tours. For example, Lincoln and another lawyer once engaged in an impromptu ax-throwing contest. That was in between convincing local children to start fires, of course.

Tragically, we’ll never know the circumstances that led to Abraham Lincoln nearly committing arson by proxy, because historians tend to leave out the best parts. What we do know is that while staying at a hotel, Lincoln convinced some kids to throw an inflated pig bladder (the 19th-century version of a balloon) into the fireplace. That’s it. No one knows why, or how, or what in tarnation. The children’s motivations are a little easier to deduce: When an adult asks you to set shit on fire, you follow orders. 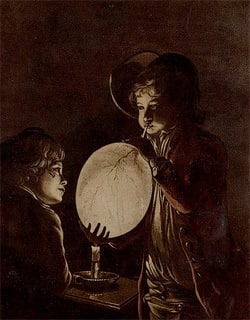 The pig bladder predictably exploded, scattering sparks everywhere and starting a fire. Lincoln tried to put the fire out with a broom, which also caught fire, and he only barely managed to keep the entire hotel from burning down. The whole thing was essentially a Three Stooges skit, except starring the guy on the penny.

Lincoln got himself into so many wacky scenarios that it’s amazing they haven’t made a sitcom based on his life. This week’s shenanigans: weaseling out of an accidental marriage. Why yes, that was the plot of a Simpsons episode.

In 1836, Lincoln was being pestered by a woman who wanted him to marry her sister. Lincoln had briefly met the sister, Mary Owens, and thought she was a total drag, so these propositions were roundly dodged. When the sister said she would personally transport Mary all the way from Kentucky if Lincoln would agree to marry her, Lincoln basically responded, “Yeah, sure, that’ll happen.” Unfortunately, in the 19th century, sarcasm was still considered a binding promise. Imagine his surprise when Mary showed up in Illinois a few months later, thinking they were engaged.

Not wanting the social stigma of breaking an engagement, Lincoln decided to do the honorable thing … and begin a letter-writing campaign to gaslight Owens into breaking up with him. Lincoln had recently moved to Springfield, and he wrote Mary to tell her that people in Springfield were too rich, and that she probably couldn’t handle being poor in such a setting. 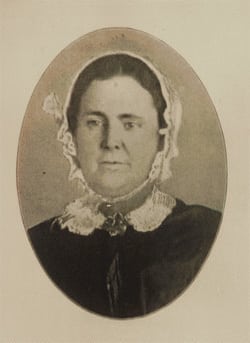 “We only get imported bees in our bonnets, lady.”

He was forthright about his scrubness. Earnest, even. He also suggested that perhaps she was joking about wanting to marry him — not that he would want her to be, of course not. It’s just that she must have been joking about marrying a man as unfit as himself. Right? Riiiiight?

Either Owens was convinced, or she decided she didn’t wanna marry this disingenuous asshole anyway. Whatever the case, she took the hint, and the incorrigible Lincoln had got himself out of yet another jam.

It says a lot about Abraham Lincoln’s natural charm that he could bully and harass an opponent during an important political debate and still come out looking like a winner. Early in his time in the House of Representatives, Lincoln was up against Jesse B. Thomas, who spoke first in the debate, and really ripped into Abe and his political allies. Rather than rebutting his opponent’s remarks with actual arguments, Lincoln chose instead to borrow the tactics of future high school bullies by mimicking Thomas. Lincoln got up on stage and mocked Thomas’ voice, gestures, and gait, which got a huge response from the audience.

Jesse B. Thomas was described as “ordinarily sensitive,” and tradition decreed that he had to sit silently and watch as Lincoln cruelly mocked him to uproarious applause. Had gym class existed back then, Thomas would have definitely been getting flashbacks to it. Lincoln kept pressing until Thomas burst into tears, a political anti-power move from which there is no coming back. The media referred to it as a “skinning,” and Lincoln was the talk of the town. 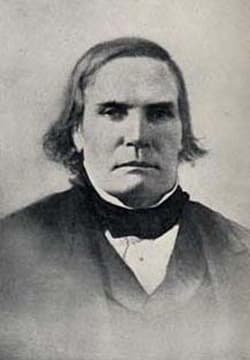 Now, Lincoln did track Thomas down for an apology, which was nice … but then Thomas had to watch the man who publicly ridiculed him go on to become president of the United States.

Some speculate that Lincoln may have had Marfan syndrome, a disease that causes elongation of the body. While that’s yet to be confirmed, we do know that at least one part of Lincoln’s anatomy was oversized: his balls.

An early political opponent of Lincoln was Democrat Colonel Edmund Dick Taylor, whose middle name was not unearned. Taylor loved to lambaste Lincoln and his Whig Party for “aristocratic proclivities,” and he might have had a point. Beard conditioner ain’t free. However, Lincoln was fully aware that Colonel Dick and his Democratic Party were also big spenders. As one of history’s greatest orators, Lincoln definitely had the ability to take down Taylor’s argument piece by piece, exposing his opponent’s hypocrisy with a reasoned and patient approach. But that’s not what Lincoln did, and history is infinitely richer for it.

Instead of debating Colonel Dick, Lincoln waited until his opponent was up on stage and already started in on his takedown of those “rich big Whigs,” before he sidled up behind the man, and ripped open his vest … to reveal a fancy ruffled shirt with a massive gold chain, several seals, and all manner of other bling. 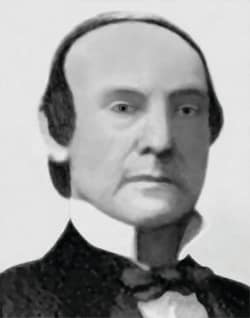 Spoiler for the 2020 presidential debate (we hope).

Once again, this drew uproarious laughter from the audience, so Lincoln just bowed and made his exit. No need to speak at all. Rumor has it a young Emile Berliner saw this and immediately began inventing the microphone, just so somebody could drop it the next time a human being got publicly owned that hard.

Stephan Roget does Twitter stuff over @StephanRoget, and does Cracked stuff over at right here! Follow him. Or don’t, who are we to tell you what to do?

If you loved this article and want more content like this, support our site with a visit to our Contribution Page. Or sign up for our Subscription Service for exclusive content, an ad-free experience, and more.